Following the actual founding of the Sheffield & District Golf Club on 2nd July 1891 the 43 founder members were quick to open their first course on Lindrick Common precisely 100 days later on 10th October 1891, after starting the process of recruiting new members days earlier on 21st September 1891.

A month later on the 21st October 1891, these 20 new members were joined by another 20 new members of which 10 were Ladies, and numbers of both genders grew steadily, until the Ladies’ section of the Club was formed on the 25th January 1893, when a meeting was held by three gentlemen and eight members of the Ladies at ‘Heatherleigh’, Oakholme Road, Broomhill, Sheffield, the home of the Club’s 2nd elected Captain, Commander Ret’d Hamilton Pym Freer-Smith. The other two gentlemen were William Aldam Milner, our first elected Captain and John Wortley the Honorary Secretary. By this point in time the Club comprised 226 members of which 27 were Ladies, and it was considered desirable by the Club’s General Committee that the Ladies should form a Committee for the sole purpose of devising and running a handicap competition for a brooch presented for play by Ladies by Mr.T.K.Wilson a member, whose wife and two daughters had been the first three Ladies members to join the Club.

Six of the Ladies who attended the meeting were appointed to their committee along with the Club’s Honorary Secretary. The Ladies held their first committee meeting on 7th February 1893, electing a chair and adding two more ladies to their complement; and on the 9th March 1893 handicaps were decided for their competition, and the format would be a monthly competition from March 1893 to February 1894, when each monthly winner would hold the brooch for a month, and would qualify for a final which would decide an outright winner – who was Mrs.E.Sandford with a nett score of 44.

It should be noted that the Club’s first course was only a nine hole affair, and that the handicaps of those who took part were wide ranging. Two of the Ladies who did play were the daughters of Woodsetts’ parish priest, the Rev.H.Steel – that is to say 16 years old Evelyn Steel and 18 years old Margaret La Fontaine Steel. In time Evelyn would become Yorkshire’s Ladies Champion 5 times. In this inaugural competition she played off a scratch handicap, while her older sister was probably our lowest ever handicapper at plus 6 over the 9 holes, which extends to a handicap of plus 12 over 18 holes.

On the 28th September 1893 the Club’s pavilion was opened, and the Ladies committee busied themselves with the comfort and furnishings in the Ladies’ club room, and raised £4-10s-0d from their own donations to add to the £5 special allowance given to them by the Gentlemen’s Committee. In the minutes the Ladies did acknowledge the kind generosity shown to them as follows:- “This liberality on their part is all the more marked since ladies cannot be considered profitable members, owing to the fact that they only pay half entrance fees and subscriptions and are not a source of income to the club in the matter of spirituous liquors”.

With completion of that first competition in 1894 came completion of the objective for which the Ladies’ committee had been originally formed, and they resigned. A new committee was then formed and thereafter the ladies themselves saw to the donation of brooches and other prizes along with such items as fish knives, a paper knife, a walking stick and a tortoise shell clock. In 1895 a matchplay competition was introduced as well as matches with other clubs. In the autumn of 1896 Mrs.Paulina Sorby (wife of Thomas.W.Sorby) offered the first club trophy – the Sorby Cup – to be played for against bogey, and it was also decided that all competitions should be played over 18 holes using Ladies’ tees.

Over time the Ladies scratch score moved from 99 in 1891 to 94 in 1899 to 87 in 1904, all the while played by ladies in long skirts and hats. In the AGM of November 1899 Mrs.Sorby was unanimously elected the first Ladies’ Captain for the coming year, and it was also decided at this same meeting to write to the Ladies Golf Union with a view to joining. In 1907 the Club lost Miss Evelyn Steel when she moved away from the district, and great regret was marked by honorary membership and the presentation to her of a pearl pendant in recognition of her service to the Club as Ladies’ Secretary as well being the Club’s only truly distinguished Ladies player, winning the Yorkshire Ladies Championship a total of nine times. 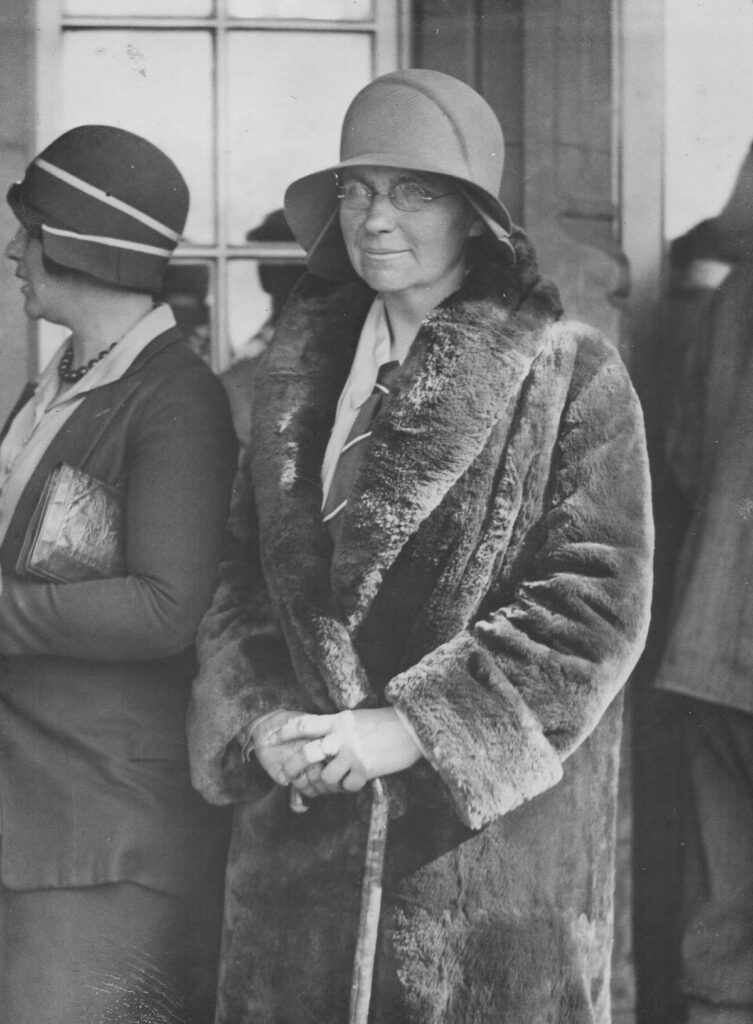 The void was soon filled in January 1908 when Miss Blanche Lockwood became Honorary Secretary to the Ladies, a role she was to fill for the next 41 years. She was short, brusque and well known for her brogues and Harris tweed suits. She did not drive and used the train from her home in Sheffield to Shireoaks before walking across the fields to and from the Club. At the AGM of 1910 she reported an increase of 23 new members to a new total of 88. She also reported that at 1909’s Yorkshire Ladies Championship, Lindrick’s Ladies had provided 3 out of the 4 semi finalists, of which she herself was one. Miss Steel had won the final.

The new clubhouse, ie the one we enjoy today, was opened on March 29th 1912 and the Ladies celebrated the occasion with a special competition, and Ladies also contributed to the furnishing of the Ladies quarters including the grandfather clock now in the ground floor’s main hallway. During 1912 Miss Lockwood was elected the Club’s delegate at the LGU and represented the Club on the County Committee, and it was she who inaugurated the annual Captain’s v Secretary’s match.

In 1914 it was decided to inaugurate a Spring and an Autumn meeting, though the advent of the Great War curtailed things dramatically, such that in 1915 it was decided that “it was unsuitable to play golf, except occasionally for fresh air and exercise”, and the next Ladies AGM was not held until 28th October 1919.

In 1920 the Yorkshire Ladies Championships were held at Lindrick and the Ladies also reached the YLCGA Inter Club Finals having qualified in first place. In that year Miss Mabel Wragg played in her first county matches as well as being elected delegate to the Northern Executive, while Mrs.Markham donated her Challenge Cup. The Lindrick Ladies Team won the Pearson Trophy in 1932 for the 5th time and Miss Wragg was elected Ladies President. Having won the Yorkshire Ladies’ Championship for the 7th time in 1931 – and her 5th successive year – this was felt to be an appropriate form of recognition. 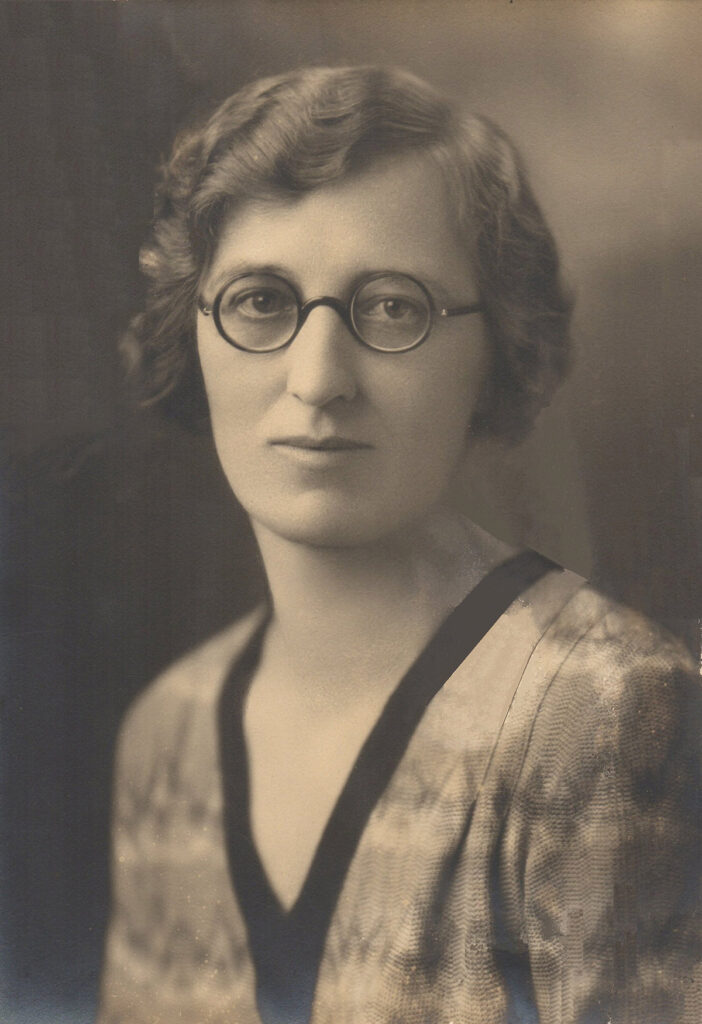 Then in 1934 it was Lindrick’s Ladies who formally proposed that the name of the Club should be changed from Sheffield & District Golf Club to Lindrick Golf Club, in a similar way to that which saw Scarborough Golf Club become Ganton Golf Club. Lindrick continued to attract events and in 1936 the YLCGA Championships were hosted once again. Then golf all but ceased at Lindrick with the dark shadow of World War 2, when the clubhouse was requisitioned as a maternity unit called Lindrick Park. Mrs.Kayser, the Ladies Captain of 1939 continued throughout the war and looked after the trophies etc. By 1947 all had returned to near normal, though petrol shortages and rationing severely curtailed travel for several years, so Lindrick ran a ‘bus club’ which was joined by 18 ladies who were picked up in and returned to Sheffield on Tuesdays, fortnightly.

In 1949 Miss Lockwood retired as Secretary and her great sense of humour was much missed, apparently, at AGM’s thereafter, and she was succeeded by Mrs.E.A.Barker. Miss Jean MacIntyre became Lindrick Ladies’ own foremost player after World War 2, having competed in the Yorkshire Championships before the war aged just 14. She was a Curtis Cup Trials player in 1948 and 1950, and played for England in 1949 and 1954. She also won the Notts Championship in 1954 and 1955, was runner up in the England Championship in 1953 and won the Golf Illustrated Gold Vase. Parterning Mrs.Aileen Osborn (mother of the late Peter.L.Osborn) Miss MacIntyre also won the LGU Coronation Foursomes at Royal Mid-Surrey in 1953.

Miss Mary Everard also won the Yorkshire Championship several times and was a Curtis Cup player, though it should be said that her home club was Hallamshire. The Sheffield & District Ladies’ Championship was won by Mrs.W.McHugh in 1981, 1984 and 1986, and Lindrick Golf Club was greatly honoured in 1978 and 1989 when Mrs.D.Howe and Mrs.J.Habershon were elected Captains of Yorkshire Ladies County Golf Association respectively, and then became Lindrick Ladies’ Presidents 1993/5 and 2002/4 respectively.

Lindrick is blessed indeed to be able to look back at many magnificent achievements by many remarkable ladies: and even as the Club celebrates its 125th anniversary in 2016, it has done so by conferring Honorary Membership on Mrs.Marian Rae after more than 40 years as a member.
Not only did Marian serve as Captain of Lindrick’s Ladies in 1988 and junior organiser for eight years, she became High Sheriff of South Yorkshire in 2002/3. Marian was an active member of the Yorkshire Ladies’ Golf Association, serving on the executive and as county captain during its centenary year in 2000 before being elected a member of the executive of the English Ladies’ Golf Association in 2004. This later became the English Women’s Golf Association (EWGA). She was chairman of the EWGA Championship Committee and continued in the role following its merger with the England Golf Union (EGU) in 2012, which formed England Golf. In 2016 she became President of England Golf, one of the most senior and prestigious office in the golfing world and has since become one of the first 21 ladies to join the R & A. 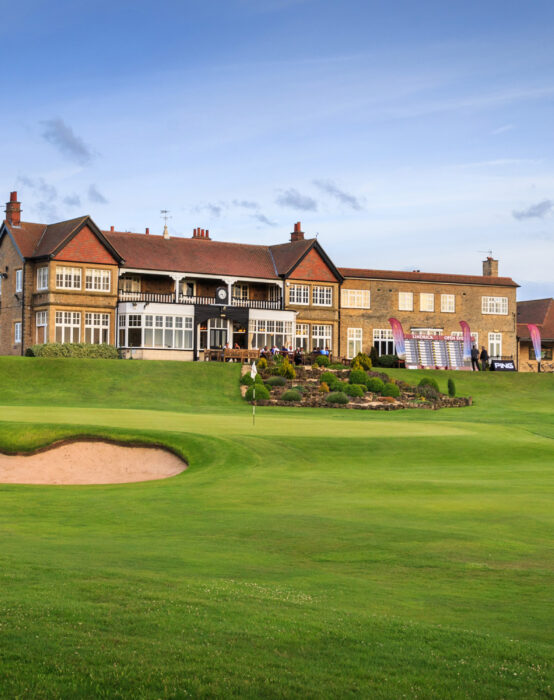 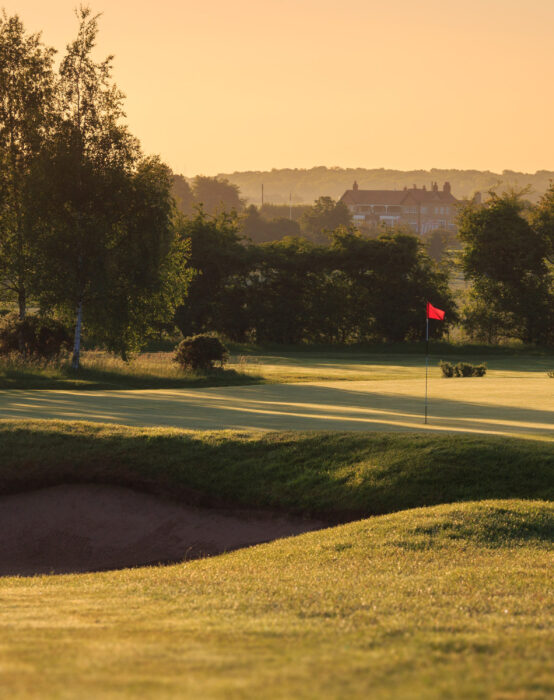 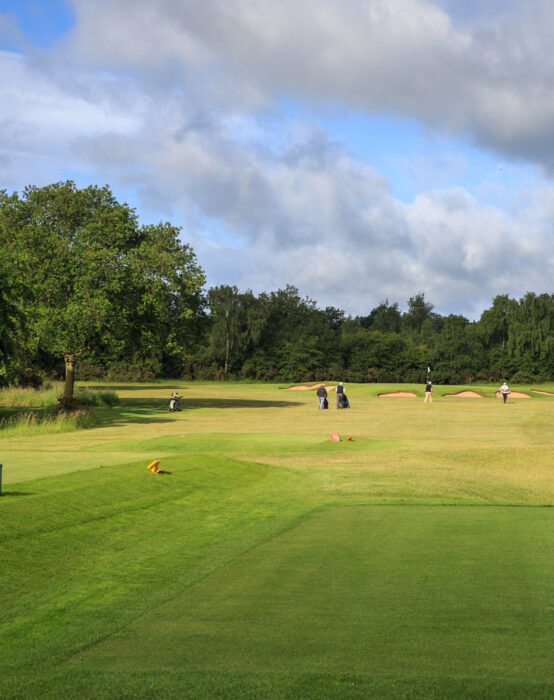