“To stimulate friendly rivalry among the women golfers of many lands”

So reads the inscription on the Curtis Cup itself, which was presented for play by American sisters, the Misses Harriot and Margaret Curtis. Both ladies had won the US Women’s Amateur Championship in the period 1906 to 1912. From its debut in 1932, the Curtis Cup had been contested just 10 times by teams from the United States and the British Isles, before eventually reaching Lindrick.

The Curtis Cup traced the 1957 Ryder Cup’s footsteps to Lindrick on 20th and 21st May 1960, completing a prestigious and memorable double accolade for the course, Lindrick Golf Club and its members. Both events were secured through the largesse of one of British golf’s greatest benefactors of the post war era, Sir Stuart Goodwin, who also sponsored many other golfing events during the decades following WWii. Sir Stuart was an LGU Vice President and a self made Sheffield industrialist who in 1958 became President of Lindrick Golf Club. Only the 7th Viscount Galway and the Duke of Portland have ever managed this feat, like Sir Stuart, without first serving as Club Captain.

Unlike GB & I’s Ryder Cup men before 1957 the Ladies from the British Isles had been in the ascendancy over the United States upto 1960, having prevailed in 3 of the 4 Curtis Cup meetings prior to Lindrick, and a far happier outcome was anticipated by the 17,000 plus enthusiastic spectators who flooded over Lindrick than the heavy beating that was actually meted out. The American ladies simply overpowered their transatlantic opponents.

In those days, the Curtis Cup was decided over a total of just nine matches. 1960 was the penultimate time that this format was used, being replaced from 1964 to 2006 by a format of 18 matches, followed latterly by today’s 20 match format. In 1960 at Lindrick, in the first day’s three foursome matches the home team won just one match, and in the second day’s six single matches they managed just one and a half. The stark reality is that the Unites States prevailed by a margin of 6½ - 2½, and was summed up as follows by the renowned Henry Longhurst writing for the Sunday Times next day,

“Finally I would record that I have never watched a match played out in a more true spirit of amateur golf. It was a victory well earned. The course as always, was in wonderful order.”

When he wrote those words on 22nd May 1960, little could Mr. Longhurst or anyone reading them have imagined that the defeat suffered by our ladies at Lindrick the day before would be the herald of thirteen consecutive defeats before winning once more at the Prairie Dunes Country Club, Kansas in 1986. 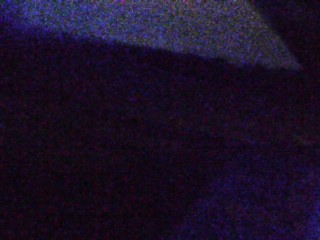