On 2nd July 1891, the first ever meeting of what is now the Lindrick Golf Club committee took place in Sheffield to consider the formation of a Golf Club, and to consider a number of potential sites. Later that month, it was agreed that the course should be sited on Lindrick Common and after consulting 'Old' Tom Morris the first 9 holes course was created. It was opened just 100 days later, on 10th October 1891.

The Club's first 'handicap' competition was played on 9th April, 1892 over 9 holes. It was won by William Jessop with a gross score of 74, less full handicap allowance of 45, giving a net score of 29.

On 23rd June 1894 the course changed to 18 holes, and a number of course developments followed over its first 40 years, so that by the mid-1930s the course was largely set up as the one we use today.

The course established a high reputation in the early years of the 20th century. The renowned course architect Dr. Alister MacKenzie stated that at that time Lindrick was the best inland course in Britain and the equal of the best seaside links. His opinion was that Sunningdale, Walton Heath, Gleneagles, Woking, Addington, Alwoodley or even Ganton did not have half the natural advantages of Lindrick.

From its earliest days, Lindrick was recognised as a championship course by the Yorkshire Union, but it was not until 1957 that the club achieved international recognition.

In that year, Lindrick hosted the Ryder Cup, becoming one of an elite number of courses to do so. It was, of course, the year when the Great Britain team turned a 2 point deficit at the end of the first day into a 3 point win, triumphing 7 1/2 points to 4 1/2 on the final day.

It was the first time that the Great Britain team had won since 1933, and it was a victory not to be repeated until 1985 when the rest of Europe were then included in the side.

After the Ryder Cup had been played, it was inevitable that other major events would follow with the Curtis Cup being contested here in 1960.

During the next 30 years, the club hosted numerous professional events including the Dunlop Masters, the Martini International (where Greg Norman took 14 shots at the 17th) and, in 1988 the Weetabix Ladies British Open Championship.

Lindrick has hosted prestigious Amateur, National and County events too, including the British Youths' Open Amateur championship, also the Men's Amateur match between England and Spain in 1991, which was the club's centenary year, and again in 2003.

Recently the course has been used as a venue for a regional qualification event for the Open Championship and for the past three years a score of par has been sufficient for players to advance to the next qualification stage, evidence of the stiff challenge presented by the course.

Past professionals include the world famous and probably the first-ever swing coach, John (Maurice) Jacobs of whom today's leading coach Butch Harmon said: “John Jacobs wrote the book on coaching, there is not a teacher out here who does not owe him something.”

A more recent professional was the ‘swing guru’ of the moment Pete Cowen, who is coach to a number of the world's leading golfers. He was, of course, winner of the UK Sports Coach Award in 2010.

Lindrick can claim to have an exceptional number of professional golfers as club members, seven at the last count. Members include the current world elite players Lee Westwood, Mark Foster, Danny Willett and Matthew Fitzpatrick. 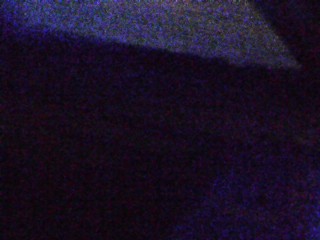